1967 - 1969
Early in the sixties there were plans to organize races in Hengelo Gld. It lasted till 1967 before the first races were held. The first race weekend was on the 19 and 20 of August. 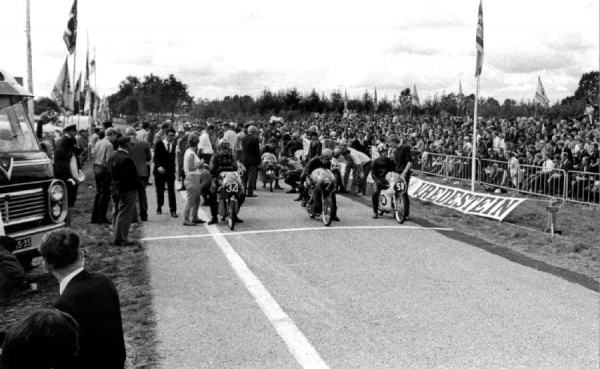 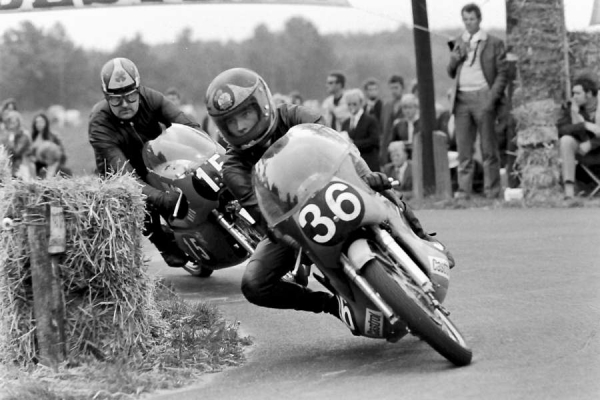 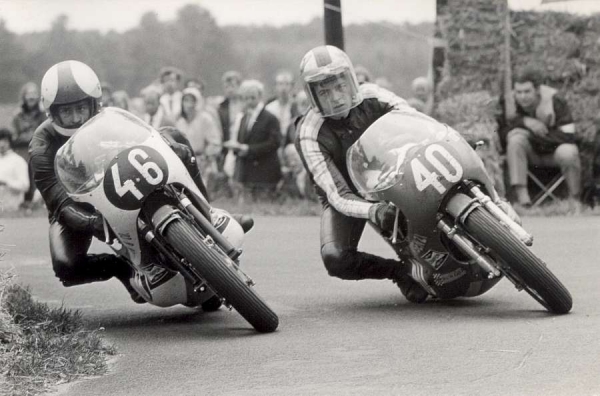 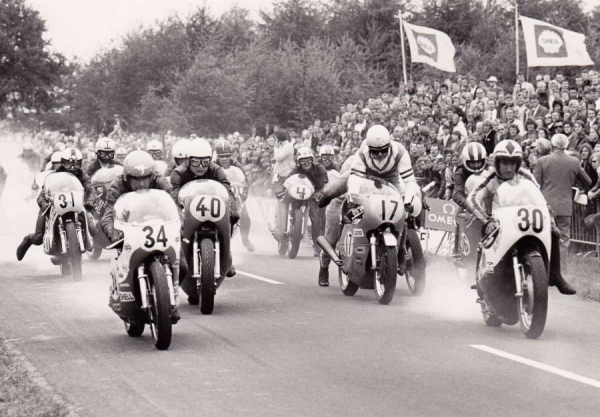 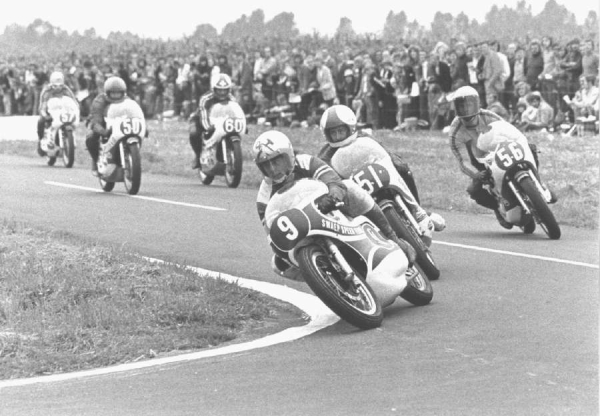 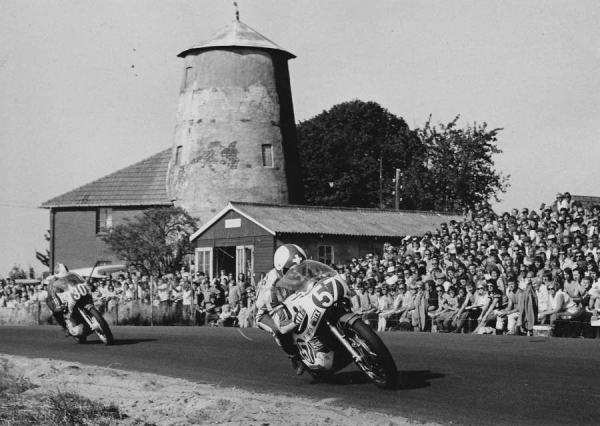 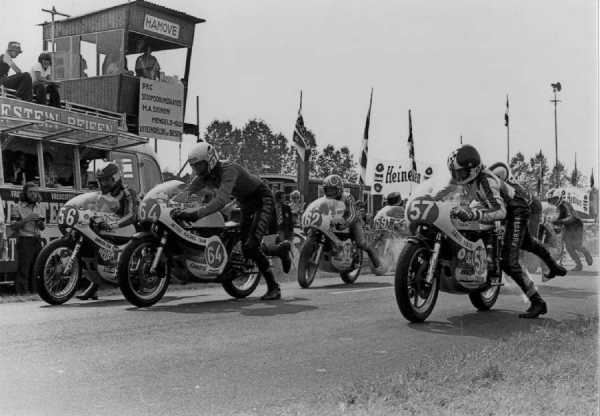 There was a conflict between the national federation (KNMV) and the HAMOVE in 1975. HAMOVE did not agree with the programme they could get and had another proposition. In the end there was a solution but it was too late for contracting riders. Because of that there were no races that year.

The races in 1976 took place on Easter Monday for the first time. That was an excellent move. There were more than 20.000 spectators on race day. A record, never again were there so many spectators. At the prize giving ceremony Takazumi Katayama showed he could do more than racing a bike. He played guitar for the present audience. 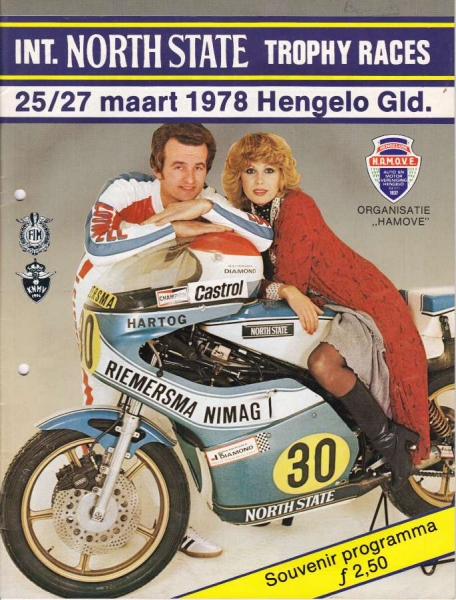 The weather in 1977, 1978 and 1979 was bad. Cold and a lot of rain. Because of that there were many crashes. The English actor Joanna Lumley 'Purdey' came to the races in Hengelo to hand out the trophies in 1978. She was so cold and said my teeth are totally frozen. Besides the cold and the rain 16.000 spectators came to the races that day. Some of the riders who raced in Hengelo in the late seventies are Jon Ekerold, Bruno Kneubühler, Chas Mortimer, Pekka Nurmi, Marcel Ankone, Pentti Korhonen, Alan North, Alex George, Jack Middelburg, Takazumi Katayama, John Dodds, Churijo Tateno, Anton Mang, Jack Findley, Tom Herron, Rolf Minhoff, Theo Timmer, Boet van Dulmen, Ales George, Jürgen Steiner, Reinhold Roth, Eero Hyvärinen and Hans Spaan.

1980 – 1989
Hengelo was world news in 1981. Takazumi Katayama raced in Hengelo for the first time with a prototype Honda four strokes with oval pistons. 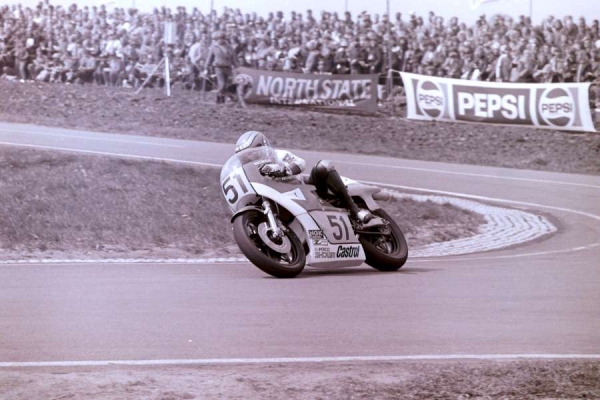 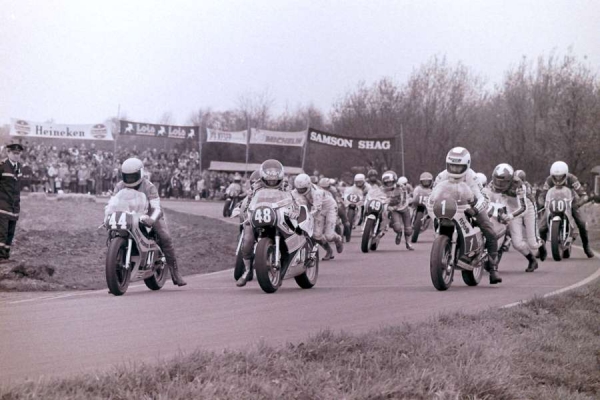 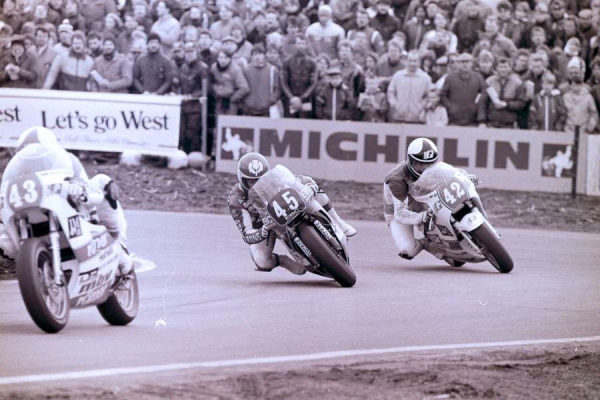 To the organization it was getting more and more difficult to contract GP-riders in the 250cc or 500cc so they looked for an alternative. Halfway the eighties the sidecar world top came to Hengelo. The top five of the world championship 1984 were in Hengelo. Egbert Streurer and Bernard Schnieders, Werner Schwärzel and Andreas Huber, Alain Michel and Jean-Marc Fresc, Rolf Biland and Kurt Waltisperg, Derek Jones and Brian Ayres. The start money was the same as two 500cc world-class riders. They made a great show. They knew where the spectators were coming for. 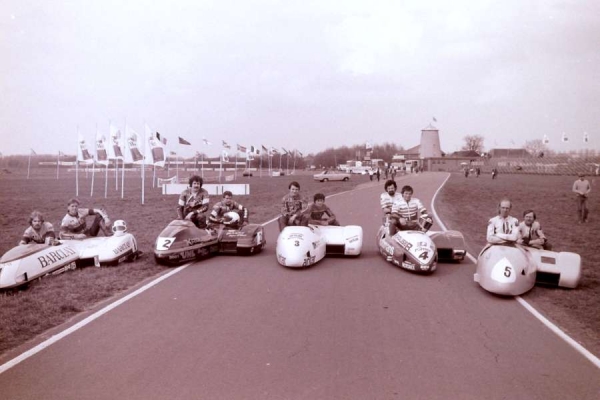 1990 – 1999
The ONK (open Dutch championship) started in 1993 as an answer to the fact that it was too difficult to contract GP-riders. There was a meeting with organizers of road races in Amsterdam in 1994. De goal was to start a world championship on road circuits. The FIM and the KNMV were not enthusiastic so it did not start till now. Who knows what the future will bring? 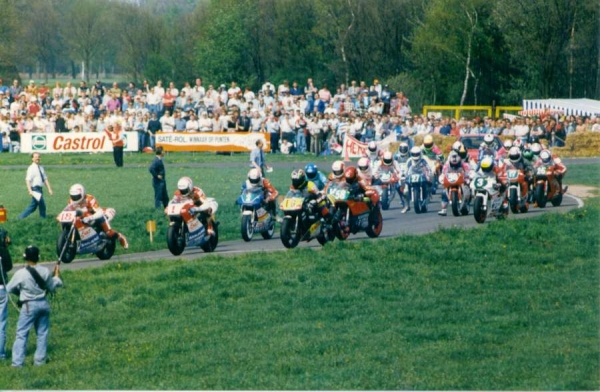 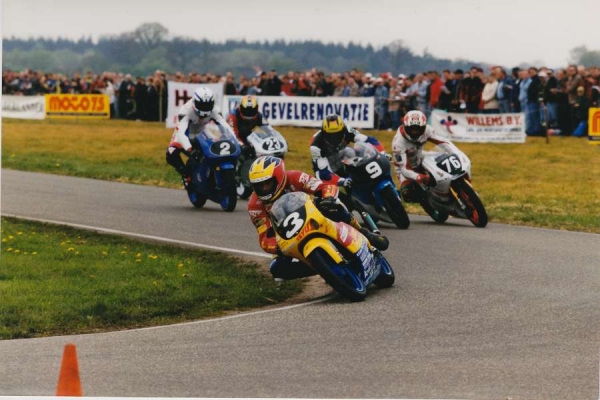 2000 – today
In late 2002 HAMOVE came up with an idea. The idea was to start an international cup on road circuits. HAMOVE approached the organizations in Oostende (Belgium) and Frohburg (Germany). They were interested and enthusiastic to start an international cup together. The 3 nations cup was born. Ten German, ten Belgium and ten Dutch riders raced to each other in two manches during a race weekend. In 2010 the competition got more international with a new name: IRRC (International Road Racing Championship). Riders from Ireland, England, Hungary, Czech Republic, Denmark, Slovakia, Switzerland, Finland, France and Lichtenstein joined the races as well. More information about the IRRC you find on the IRRC website: www.irrc.eu.

In 2006 the first European cup raced on the Varsselring. The European Women's cup had one of their championship races in Hengelo. The German rider Nina Prinz won the Superbike race and Italian Chiara Valentini won the Supersport race after Iris ten Katen was disqualified because her windowpane was too thin.

The organization in Hengelo combines the IRRC, ONK, OBK (open Belgium championship) races with some other series like the ICGP (International Classic Grand Prix) and the 50cc Classic European Cup
All the Dutch talents like Michael van de Mark, Jasper Iwema, Scott Deroue and Raymond Schouten raced in Hengelo last years. But Gino Rea and the 2012 and 2014 sidecar world champion Tim Reeves as well.